Portland comes by its eclectic reputation honestly. Sure, we celebrate normal stuff like roses and beer, but we also throw in regular events dedicated to quiet music, strange films and riding bikes while wearing crazy costumes — or nothing at all.

You’re currently viewing a page featuring a selection of events. To find even more things to do in Portland, visit our full calendar, which you can search by date and event type.

From quirky to downright bizarre, here are some of our favorite “Keep Portland Weird” events:

Karaoke is great, but if you’re a drummer or a strummer at heart, Rock Band Tuesdays, a weekly gathering of Rock Band video game players, will strike a chord with you. Ground Kontrol also has an astounding selection of more than 3,500 songs and professional-level lighting and sound systems.

In addition to standard karaoke bars, Portland has two unusual offerings: Karaoke from Hell lets you sing with a live band, while Baby Ketten Karaoke, which features custom mixes of impossible-to-find songs, was called “America’s greatest karaoke night” by The New York Times. Both events occur at different bars twice a week.

Closing off 15 blocks of Northeast Alberta Street to cars during summer months, Last Thursday on Alberta has grown fantastically in the more than 17 years it’s been running. With artists, performers and craftspeople filling the streets and sidewalks, Last Thursday is a great place to get a purely Portland souvenir. And with thousands of people in attendance, it’s also a great place to take in the local flavor.

Donning homespun costumes and all-original personas — like hero Space Frog and villain Snow Globe — bands of masked men and women make the round to local watering holes to fight boredom and convention at this annual pub crawl. Event organizers the Alter Egos Society can also be found assisting with costume repair at the annual Rose City Comic Con (September).

Showing just how bike-crazy Portland is, the week-long Filmed by Bike festival at Clinton Street features bike-themed short movies — no longer than eight minutes — by independent filmmakers from around the world.

The PDX Adult Soapbox Derby at Mt. Tabor Park pits grown-up kids against each other every August in pursuit of speed and laughs.

Every June, thousands of cyclists cruise commando through Portland streets as part of the World Naked Bike Ride.

Every summer since 2002, local cyclists have crammed the calendar with hundreds of bike-related events over a three-week span. The Pedalpalooza roster includes everything from Portland’s entrant into the World Naked Bike Ride (see below) to Unicycle Polo and Zoo-Bombing, in which riders coast downhill through Washington Park riding tiny kiddie bicycles.

Wearing nothing but helmets and smiles (and maybe some body paint), thousands of bicyclists take to Portland streets each summer to protest oil dependency. Portland’s edition of the World Naked Bike Ride is the biggest on the planet. But it’s not as serious as it sounds — the nighttime ride snakes all over the city with crowds cheering on the buck naked bikers.

You’d be forgiven if you thought Portlandia made up Portland’s annual Quiet Music Festival. But the relaxed, low-volume performances (where sleeping is actually encouraged) at Disjecta are for real. Shhh.

Every year, on the second Saturday in December, Santa Claus comes to town. A mob of Santas, actually. This annual pub crawl takes over Portland with hundreds of jolly St. Nicks making the rounds to local bars, spreading holiday cheer over holiday beers. As for Christmas in July, Portland also has a summer Santacon on the Saturday before July 4.

Discover all the eccentricities that make Portland unique.

Portland Legends of Wrestling! The only wrestling promotion in Portland that lost its license and refused to stop! Featuring tests of wits and skill (and improvised comedy) with absolutely NO actual wrestling (or we will be arrested).

Uncover Portland’s dark side on this spine-tingling walking tour and hear firsthand accounts of paranormal encounters – all while sampling six local beers. The Old Town District in downtown Portland, Oregon is lined with beautiful historic buildings and cobblestone streets. Lively with restaurants and nightlife today, 100 years ago Old Town was home to many… 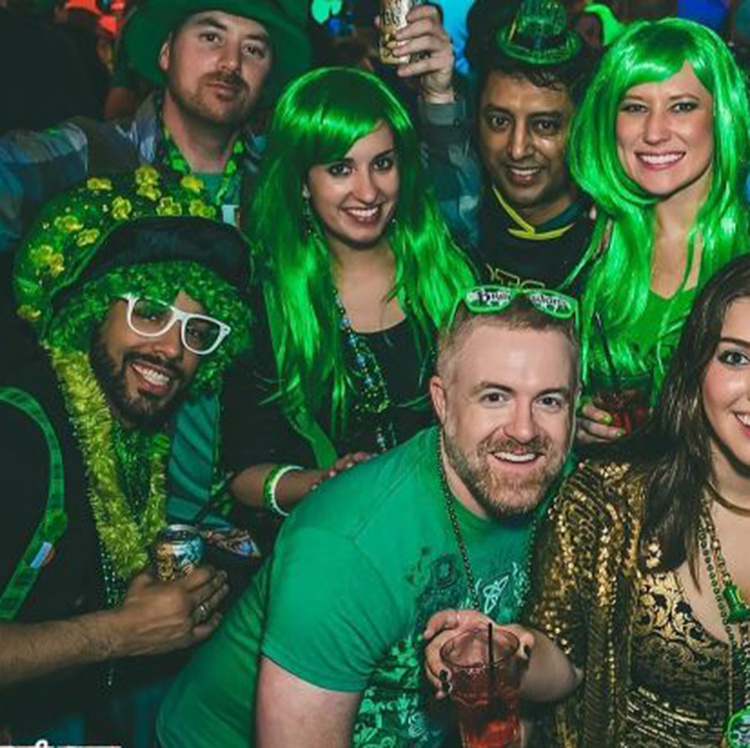 Celebrate St. Patrick’s Day with this annual costume-required celebration. Wear something blinky and illuminated (it has to be more than just a green shirt or a button). This is a participatory event, so bring something LepreCons will enjoy: toys, games, stickers, buttons, signs and a great costume. A portion of the proceeds from this year’s… 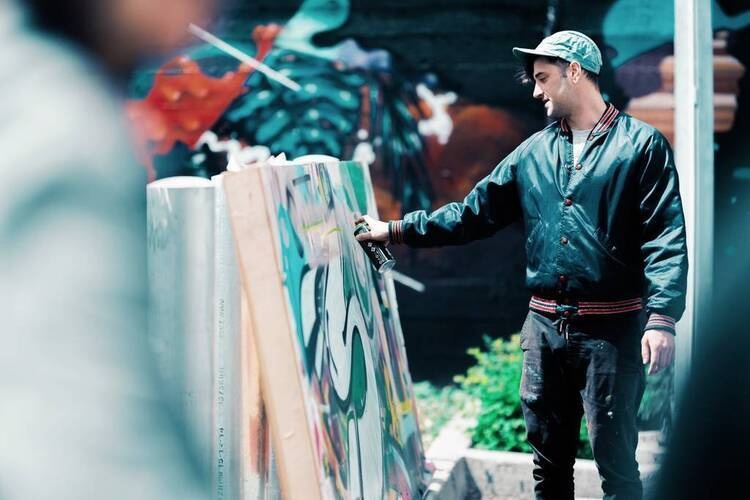 Portland Street Art Alliance is a non-profit organization that provides access to resources, networking platforms, and professional development opportunities for Pacific Northwest street artists. This is a rare opportunity to meet PSAA directors and get a one-on-one behind the scene glimpse into Portland’s street art. Starting outside Clay Creative, PSAA will provide an introduction to…

Jaimie, Max, Spencer, Kelly, and Steve are your typical Dungeons & Dragons group with their typical campaign. That is until the group decides to “branch out” and play a mysterious role playing game called The Guilds of Manzoa. Through the game, the group of friends is transported to a fantasy world where they discover 3…

GeekCraft Expo is a curated craft market specializing in handmade, “geek”-themed crafts of all kinds; clothing, accessories, toys, home decoration, furniture, art . . . if it’s geeky and made by hand, it can be found at a GeekCraft Expo. Cosplay is highly encouraged and admission is free (you just need to pre-register).

Every June, thousands of cyclists cruise commando through Portland streets as part of the World Naked Bike Ride.

Oregon Northwest Merfest is a festival for the entire family that brings awareness to conservation with a fun “under the sea” theme. Join Oregon Mermaids for a day of mermaids, pirates, sea-themed entertainers, puppet shows and ocean-themed yoga. Oregon Mermaids impart their love of the briny deep, its wildlife, the ocean beaches and conservation information…

Oregon Bigfoot Festival and Beyond

A celebration of cryptozoology, paranormal, supernatural and fiction. 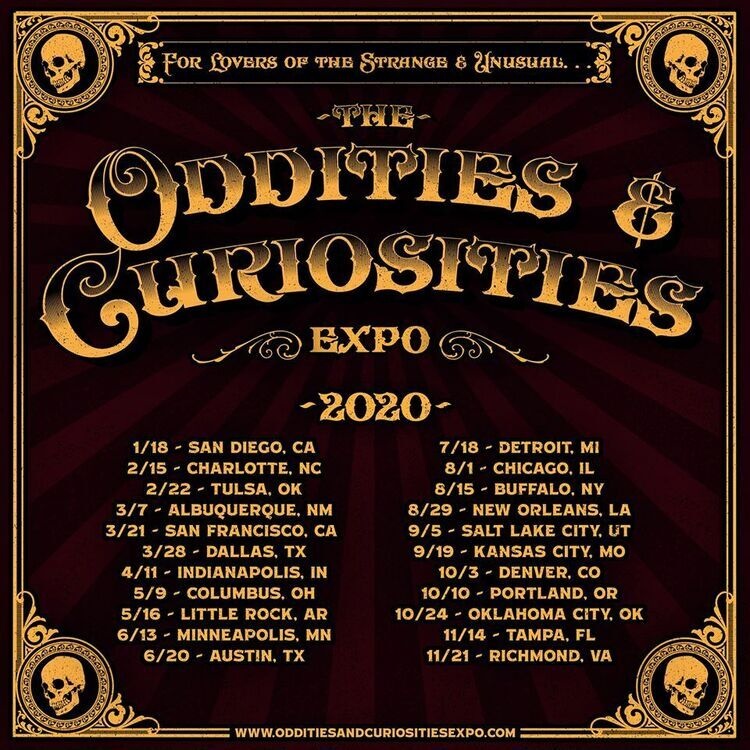 For lovers of the strange and unusual, enjoy Portland’s Oddities and Curiosities Expo. This annual event features local and national vendors with items such as: TaxidermyWet and dry preserved specimensAntiquesJewelry made from bones, skulls and insectsOriginal artworkSkulls and bonesCuriosities, and all around creepy, strange and bizarre itemsThere will be sideshow performances and live human suspension…

Lake of the Commons Free

This annual race series consists of paddlers piloting a gaggle of gigantic gourds through a water course.